I recently spent nearly two days trying to fly around one hour from Amsterdam to Berlin. After several canceled flights and many hours queuing, I made it home with my family via Paris, burning double the amount of CO2 along the way. Our baggage arrived 10 days later.

The moral of the story: We should have just taken the train.

In the six hours we initially spent queuing at the help desk after the first cancellation, we could have traveled to the German capital by rail.

We would have been dropped at a station a few stops from home and might have got some rest in a carriage that is way more comfortable than a thrombosis-inducing economy flight cabin.

Best of all, we would have saved a lot of carbon emissions, doing our little bit to put a brake on the runaway emissions in the transport sector.

A typical rail journey between European cities emits up to 90% less CO2 than an equivalent flight. Meanwhile, the aviation industry has the fastest-growing greenhouse gas emissions in the EU, rising 29% between 2009 and 2019, according to Greenpeace.

Despite the airline business’s post-pandemic crisis, flights are expected to burn up over a quarter of the allotted carbon budget for holding global heating to 1.5 degree Celsius (2.7 F) by 2050. With the industry planning to return to pre-COVID capacity by 2024, air traffic is set to double worldwide by 2037.

It’s time for trains, which emit a tiny 0.4% of the European Union’s transport emissions — planes produce more than 10 times as much CO2 — to provide a better alternative.

Right now, however, rail has a long way to go, with Greenpeace noting that less than 7% of passenger transport in the European Union is happening by train. 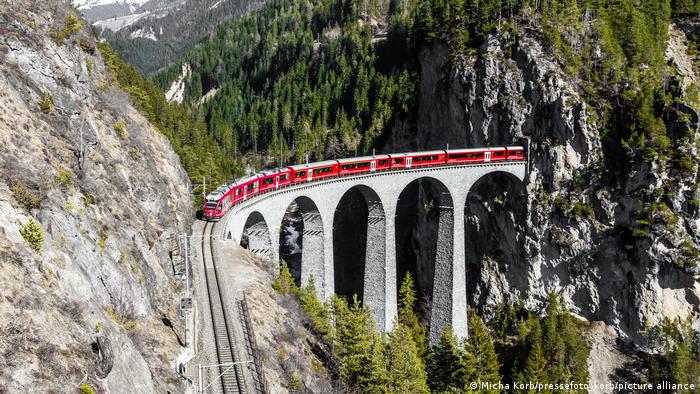 A single, seamless Europe-wide train network will need to negotiate some steep hurdles

As part of the European Green Deal, there is a push to make high-speed trains the dominant form of transport between select European cities.

After rail passenger numbers dropped in the wake of the pandemic, the EU used 2021, the European Year of Rail, to announce plans to double high-speed rail routes across the continent by 2030 and create a seamless single connecting network.

At the same time, the French government bailed out Air France on the proviso that it ban domestic flights on routes where the train journey is less that 2.5 hours. It already makes sense to travel Paris to Lyon, for example, on a high-speed TGV train — from the city center, the train is 40 minutes quicker than a plane and often cheaper.

Seventy percent of Germans want to ban short-haul flights and instead use trains, according to a 2021 survey. The German Green Party also called to outlaw shorter flights in the lead-up to last year’s federal election, and promised to make rail cheaper than a budget flight.

The European Union is also revitalizing cross-border night trains, which were scaled back because of competition from budget airlines.

But the challenge remains to create a more robust and integrated cross-border rail network that currently has a strong domestic focus. 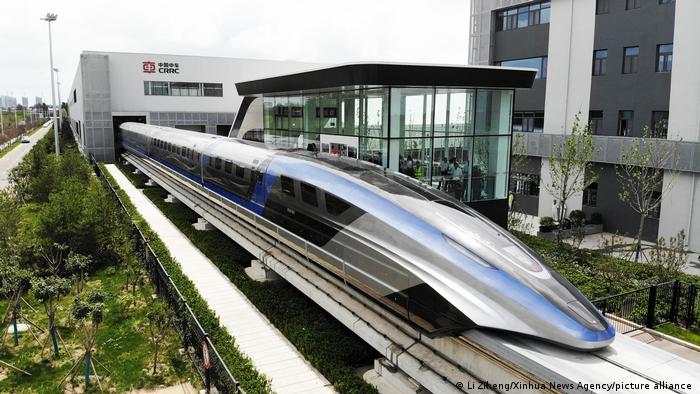 The 150 busiest flight routes in the European Union could be predominantly serviced by train, according to a 2021 report by the Italian think tank OBC Transeuropa commissioned by Greenpeace.

Looking at flights under 1,500 kilometers (900 miles), the study found that journeys on 34% of high-traffic routes can be made by train in under six hours. This means that 81 million annual air passengers in Europe could instead travel by train in a time comparable to even the shortest flight — when travel to the airport and waiting time is included.

Lorenzo Ferrari, a researcher at OBC Transeuropa and co-author of the report, said « a lot of bottlenecks » in terms of cross-border travel were limiting rail’s ability to outcompete flying. This includes the fact that few airports have a direct train to other cities.

Nonetheless, Ferrari believes that « simple improvements » can be made in terms of time-tabling coordination across borders, or adding extra services to limit waiting times between connections. Down the track, national rail gauges need to be harmonized with neighboring tracks.

Yet domestic train companies are often protective of their own market and coordinate little with their cross-border cousins, said Jo Dardenne, the aviation director of Brussels-based NGO Transport & Environment (T&E). « The EU rail market is very nationalistic, » she said.

A T&E report from 2020 found that train and planes journeys were comparable in time when comparing 72 routes between EU cities of up to 700 kilometers, and nearly a quarter were faster on high-speed rail. But there is currently little potential to expand high-speed rail across multiple borders — or beyond 1050 kilometers.

A train between Vienna, Austria, and Bucharest, Romania, runs at a very slow average speed of 55 kilometers per hour, for a journey of about 20 hours, Ferrari said. Aging infrastructure and poor timetable scheduling are part of the problem. A morning train trip from Milan to Vienna, for example, requires four changes.

Meanwhile, cities such as Porto have very few direct long-distance connections to other major metropolises, as opposed to central European cities like Vienna and Berlin, which offer multiple intercity routes.

There has been some progress on the issue of inter-EU train bookings, which is often impossible using domestic ticketing services such as Germany’s Deutsche Bahn.

Though Interrail tickets can be booked across borders, they are generally not suitable for individual trips. In response, the European Parliament created legislation in 2021 to introduce an EU-wide rail booking system since « through-tickets allow seamless journeys for passengers. »

Taxing jet fuel and planning for the long haul

Though low-cost services such as Flix have broken into the rail market, further expansion will demand a level playing field. Budget airlines have grown on the back of public subsidies such as sales tax and jet fuel tax exemptions, and government bailouts.

Change is coming, however. As part of the the EU’s Fit for 55 carbon reduction plan, jet fuel will no longer be tax exempt, though critics point out that flights leaving EU airspace will not be affected.

The Greens and the Social Democrats, partners in Germany’s ruling coalition, also want to tax cheap flights out of existence.

With about two-thirds of European aviation emissions linked to long-haul flights, another vital decarbonizing option is to replace jet fuel with cleaner e-fuel alternatives, said Jo Dardenne of T&E.

« Addressing pollution from short-haul flights is a no brainer, but it only addresses a small part of aviation’s emissions, » she said.

Though campaigners continue to pursue a short-haul flight ban where trains can make the trip in six hours on climate grounds, Ferarri said, « trains also have an important social function. »

Unlike aviation, rail interconnects isolated towns and regions and helps « keep Europe together, » he said.